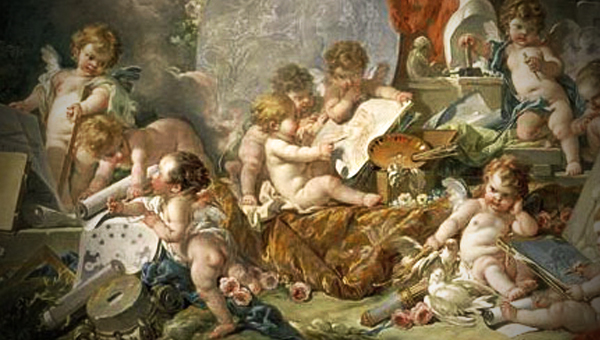 What’s the image of an angel in your mind?

No matter how you portray its image, it must be beautiful and you might wish you looked like an angel if you could. By the way, could you believe that you were an angel in an unimaginably beautiful and glorious body in the kingdom of heaven before you were born in the earth? It’s hard to believe, but the Bible clearly testifies that we  were angels in heaven.

Now you might come up with a question, “If I was an angel in heaven, why should I be here on the earth leaving the glorious life there? Can I get back there?” So, I will prove that we were angels through the Bible and then explain the reason why we are here on the earth.

Gen 2:7  The LORD God formed the man from the dust of the ground and breathed into his nostrils the breath of life, and the man became a living being.

God created man with the dust and his nostrils and you know that the dust represents our body(or flesh), his nostrils the breath of life our spirit(or soul). What we should notice is that God didn’t name the dust itself a “living being.” Only after God had breathed the breath of life into the dust, did He call it a “living being.” Therefore, the essence of life is not the flesh, but the breath of life, the spirit that God breathed into the dust. Man’s flesh is made from the dust, but his spirit is made by God, and is from God. Then, what happens when man dies? Flesh and spirit die together or are separated?

Eccl 12:7  The dust returns to the ground it came from, and the spirit returns to God who gave it.

Solomon testified that the dust(flesh) returns to the ground and the spirit returns to God when man dies. We need to focus the meaning o f “return” here. Return means go back to a former place. For example, if I’ve never been to Japan and I plan to visit there, I cannot say “I will return to Japan.” but If I were a Japaneses and lived my youth there, I can say,”I will return to Japan.” In other words, Return to somewhere means you were there. By the way, the Bible says our spirit returns to God, which means we were with God. Then, where were we with God? of course it’s the kingdom of heaven. WE HAD BEEN HEAVENLY ANGELS before we were born in the earth, in other words, our spirit was clothed in flesh. Do think I jump to conclusions? If you so, let’s check it

We were in heaven

Prov 8:22~31  The Lord brought me forth as the first of his works, before his deeds of old; I was formed long ages ago, at the very beginning, when the world came to be. When there were no watery depths, I was given birth, when there were no springs overflowing with water; before the mountains were settled in place, before the hills, I was given birth, before he made the world or its fields or any of the dust of the earth. I was there when he set the heavens in place, when he marked out the horizon on the face of the deep, when he established the clouds above and fixed securely the fountains of the deep, when he gave the sea its boundary so the waters would not overstep his command, and when he marked out the foundations of the earth. Then I was constantly at his side. I was filled with delight day after day, rejoicing always in his presence, rejoicing in his whole world and delighting in mankind.

King Solomon, so called the king of wisdom, said he was given birth even before the creation of the world and lived in God’s presence. He must be talking about his spiritual life in heaven, not physical life in the earth because our body(flesh) is from the earth and he is talking about the story before the creation of the earth. In other words, King Solomon proved that he was an angel before his physical life of the earth. Not only Solomon but also Jon proved it.

Jon 38:1~7, 21  Then the Lord spoke to Job out of the storm. He said: “Who is this that obscures my plans with words without knowledge? Brace yourself like a man; I will question you, and you shall answer me. “Where were you when I laid the earth’s foundation? Tell me, if you understand. Who marked off its dimensions? Surely you know! Who stretched a measuring line across it? On what were its footings set, or who laid its cornerstone— while the morning stars sang together and all the angels shouted for joy? Surely you know, for you were already born! You have lived so many years!

God asked Job, “Where were you when I laid the earth’s foundation?” Was it possible for Job to answer that? We cannot remember even when we were 1~5 years old, but God asked him about things before the creation of the earth. Of course, Job could not answer and then God said, “Surely you know, for you were already born.You have lived so many years!” God proved that Job’s spirit was born like Solomon before the creation of the earth, in other words, Job was an angel as well as Solomon.

God clearly shows us that we had been also angels living with God in the kingdom of heaven before we were born in the world through the cases of Solomon and Job. Yes, YOU WERE AN ANGEL no matter who you are, Americans, Europeans, Asian, African; where you live; how you live in the earth.

Then WHY??? Why are we here on the earth? Why did we leave the heaven where there are always rejoices like Solomon said(Prov 8:31). If we come to know the reason, we can go back to heaven.

The Lamb of God! For whom?[Christ Ahnsahnghong has come!]
[God the Mother] The Source of the Water of Life.

9 thoughts on “You were an angel – Part 1 [Christ Ahnsahnghong?]”