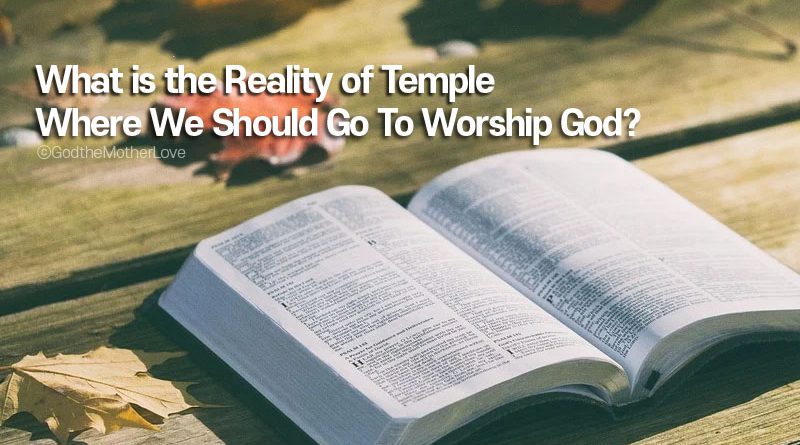 Jerusalem, The Reality of the Throne of God

Jeremiah 3:16  In those days, when your numbers have increased greatly in the land,” declares the Lord, “people will no longer say, ‘The ark of the covenant of the Lord.’ It will never enter their minds or be remembered; it will not be missed, nor will another one be made. 17 At that time they will call Jerusalem The Throne of the Lord, and all nations will gather in Jerusalem to honor the name of the Lord.

The Ark and the Most Holy Place

Hebrews 8:5   They serve at a sanctuary that is a copy and shadow of what is in heaven. This is why Moses was warned when he was about to build the tabernacle: “See to it that you make everything according to the pattern shown you on the mountain.”

But this is not the end of the reality of the temple. When Moses built the temple, he did according to the pattern of the heavenly one. Through the earthly sanctuary God wanted to teach us the reality of the sanctuary, that is, Christ. Just as the earthly temple has two parts, the Holy Place (outer room) and the Most Holy Place (inner room), the heavenly sanctuary must have two parts too. As we have seen Jesus Christ represent the sanctuary of God, which part does he symbolize? Apostle Paul says Jesus Christ symbolizes the outer room, the Holy Place.

The Meaning of the Destruction of the Body of Christ

Hebrews 10:19  Therefore, brothers and sisters, since we have confidence to enter the Most Holy Place by the blood of Jesus, 20 by a new and living way opened for us through the curtain, that is, his body.

According to the bible, the inner room and the outer room was separated by a curtain and nobody could go behind the curtain. Only once a year on the Day of Atonement the high priest could enter the Most Holy Place through the blood of animals. But Jesus came as true reality of the animal sacrifice and sacrificed his own body shedding his own blood. And Paul explains the true meaning of Christ’s shedding his blood: Christ’s body was destroyed and torn apart to tear away the curtain separating the two rooms of the temple and open the way to the Most Holy Place where the throne of God or the ark of the covenant was placed. It means Christ’s body was the reality of the Holy Place including the curtain. While the curtain was standing, people could not enter the Most Holy Place to meet God and receive blessing from God. By destroying his body of temple, however, he could open the way to the Most Holy Place.

The Reality of the Most Holy Place

Revelation 21:15   15 The angel who talked with me had a measuring rod of gold to measure the city, its gates and its walls. 16 The city was laid out like a square, as long as it was wide. He measured the city with the rod and found it to be 12,000 stadia in length, and as wide and high as it is long.

What is this? The CUBE or the Most Holy Place. Then when it comes down from heaven, how would the Heavenly Jerusalem be revealed to us? Think about Jesus who was the reality of the Holy Place. How did he appeared to us? By coming as man with a physical body and By putting the Spirit of God in his body, his body could become the temple of God. Then how would this reality of the Most Holy Place of the heavenly temple appear to us? First, who is this Heavenly Jerusalem?

Revelation 21:2   I saw the Holy City, the new Jerusalem, coming down out of heaven from God, prepared as a bride beautifully dressed for her husband.

Galatians 4:26   But the Jerusalem that is above is free, and she is our Mother.

Heavenly Jerusalem is our Mother and she is the reality of the Most Holy Place. Just as our Father in heaven came down from heaven as man by putting the Holy Spirit in his body of temple, it means our Mother in heaven will come down from heaven as woman with body of the temple and she will put the Spirit of God in her body. Therefore, in the last days, our Father and Mother will appear as man in the flesh as man and woman or the last Adam and Eve to give us eternal life. 2000 years the reality of the Holy Place of the temple appeared, but people rejected him because they saw the appearance of Christ and despised him, rather than looking at the prophecies of the bible.

God would test us again on our faith in God and the words of God in the bible by coming down to this earth as man in the flesh. They would appear as man and woman, which would be harder for the people to accept. But what does the prophecy of the bible say? They would come down from heaven and they would give the eternal life. What we should do is to believe in the words of God in the bible and accept the Jerusalem our Mother as the source of salvation: the true Throne of God and True reality of the Most Holy Place where the Spirit of God dwells. Let us serve the ark of the covenant by accepting Mother and following her to the end.

Thanks to heavenly Father Christ Ahnsahnghong and heavenly Mother for teaching us all these truth. Help our weak faith now and strengthen us with your Spirit so that we can stand firm without swaying to the right or left. And please forgive our sins and transgresions.

If you dwell in Zion!
The Way to make your paths straight??[WMSCOG]

27 thoughts on “What is the Reality of Temple Where We Should Go To Worship God?”