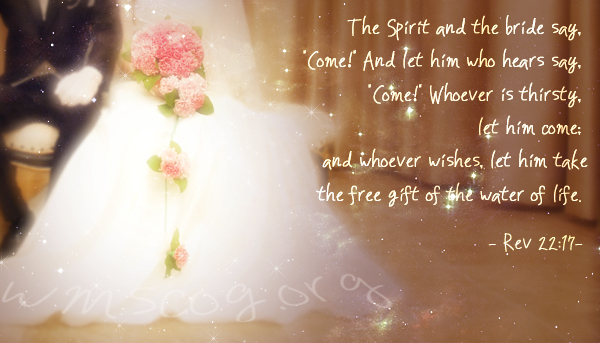 [Who are truly Elohim God’s people?=World Mission Society Church of God]Is there anyone who do not want to be called as God’s people who will inherit heavenly kingdom? Maybe, no one in the world. However, can you recognize those who are truly God’s people? If you are believers, then, are you convinced that you’ll inherit heavenly kingdom as God’s people? It’s very important for the kingdom of heaven to be regarded as God’s people! In this last age, those who keep the New Covenant Passover, which was restored by Christ Ahnsahnghong, will be called as Elohim God’s people. Even now, “God the Mother” is helping us to keep this New Covenant Passover for eternal happiness. On the contrary, those who despise this New Covenant will be considered as those who belong to the devil. If you truly want to be saved, then, you ought to be careful to keep Elohim God’s commands with all your hearts!

Ezekiel 11:20 Then they will follow my decrees and be careful to keep mt laws. They will be my people, and I will be their God!♣

‘Different’ under the same conditions![Come to Christ Ahnsahnghong and “God the Mother”!]
[WMSCOG] The reason We should know the New Name.

18 thoughts on “Then, they will be called [My People]![WMSCOG & Christ Ahnsahnghong]”