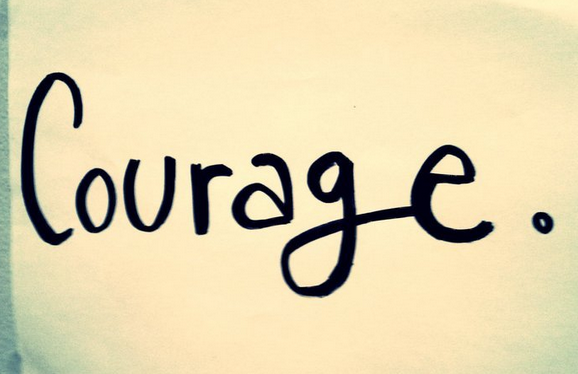 Why do they deny and reject God the Mother whom the Bible testifies about? Some would not acknowledge the truth even though the existence of God the Mother is proven from the Bible. Also, there are people who say that they just do not want to talk anymore because they have never heard such teachings while attending the church for several decades. The truth of God the Mother might sound very strange. So they sometimes say, “It’s a new view” or “it’s a new theory” since it’s very different from what they have known so far.

However, nobody boasts of ignorance. We need to listen to the words of the Bible with a humble mind if we have never been taught, don’t we? The truth of the Scriptures about God the Mother is “not” new. It’s recorded in the book of Genesis and also appears in the New Testament. It’s a precious truth which has been shared in the history of the Bible.

Gen 1:26-27  Then God said, “Let us make man in our image, in our likeness… So God created man in his own image, in the image of God he created him; male and female he created them.

Gal 4:26  But the Jerusalem that is above [the heavenly Jerusalem: GNT] is free, and she is our mother.

God the Mother, witnessed in the Bible, was the truth that was also present in the time of the Early Church. But the church became secularized in around the 4th century when it was united with the political power of the Roman Empire. During secularization, the church accepted pagan rituals and ideas which were rampant throughout the Empire.  Non-biblical doctrines appeared and, weirdly enough, Mary, who was just the physical mother of Jesus, took the place of God the Mother. Of course, the doctrine of virgin Mary was affected by pagan religion called the worship of “mother and son.”

God the Mother whom the Bible testifies about is the Savior and the Creator, while Mary, the mother of Jesus, was a mere creature like us. Jesus also warned us not to regard His physical family members as someone godlike:

Luke 11:27-28  As Jesus was saying these things, a woman in the crowd called out, “Blessed is the mother who gave you [Jesus] birth and nursed you.” He replied, “Blessed rather are those who hear the word of God and obey it.”

The Roman Catholic Church distorted the truth of God the Mother and instead put up a false doctrine to believe in the false mother by calling a mere woman Mary “the Holy Mother.” Since then, the Catholic Church had exercised absolute power for more than one thousand years and no one had argued about its doctrines. But the corruption of the Roman Catholic Church reached its height during the late Middle Ages and at last its secular power collapsed when the Reformers appeared to obtain religious freedom and to restore the truth which had disappeared. They were the founders of Protestantism.

The Protestant churches declared that they were different from the Catholic Church. But their doctrines such as the Apostles’ Creed, Sunday service and Christmas were directly adopted from the non-biblical doctrines of the Roman Catholic Church. In other words, their Reformation was incomplete because their restoration was imperfect and only partial amendments were made. Obviously, it is not biblical to “divinize” and rely on Mary for salvation. However, we should not only deny and reject it, but also restore the true truth of God the Mother. The Protestant churches denied the truth of God the Mother itself.

When the Jews faced the truth that Jesus was the Savior and God, they became so stubborn and insisted that it’s not true. Pilate, who was a judge, feared the Jews rather than the truth and played a role in Jesus’ death by turning Him over to be executed. Now, how would both the Jews and Pilate regret their choice?

You are facing the truth. Today, Christians turn their faces away from the truth of the Bible and act as if they were the Jews of 2000 years ago with a fixed idea that there is only one God — God the Father. And some are hesitating to accept the truth although they see it. How about you? Will you persist that what you know is absolutely correct? Or, will you ignore the truth as if you did not know it? Or, will you be reluctant to make a decision because you think it’s difficult to suddenly change your belief?

There is God the Mother. We should receive God the Mother to get salvation. God still gives you an opportunity to become one of the prophets who can join and proclaim this truth.  Don’t be stubborn and don’t be reluctant. The blessings and the privileges to face the truth are given to those who make a brave decision.