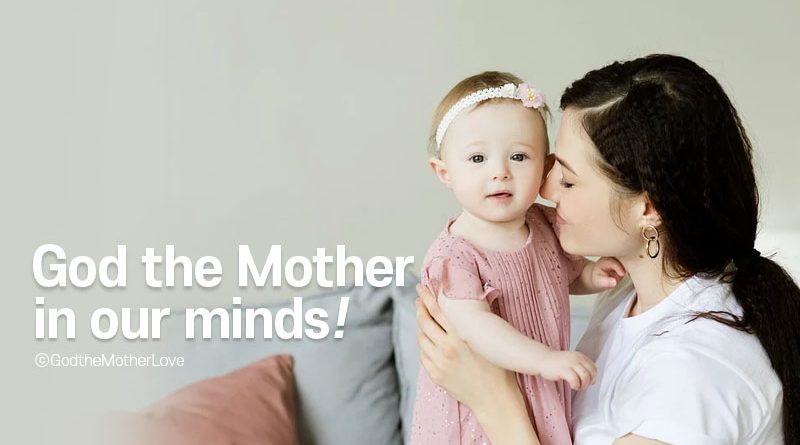 God the Mother? The new covenant? Up to that time, I had never heard about them. So, I said to him, “Why do you say such things other churches never mention? I never found even a verse which testifies to them in the Bible!” But he said, “No! The Bible was written to lead us to God the Mother, the reality of the new covenant!”

Silent on the Existence of God the Mother

A few days later, I asked my pastor about what I’d heard, “Does the Bible write about God the Mother? I’ve never heard about Her through the sermons by you. And, what’s the new covenant?” My pastor replied, “The Bible contains no mention of the existence of God the Mother. God the Father only exists. Look around you. Every church believes in God the Father only.” So, I opened the Bible and showed him the verse as follows:

But the Jerusalem that is above is free, and she is our mother!”—Gal. 4:26

I said, “This was written by apostle Paul who are now in heaven’s kingdom. I think ‘our mother’ means spiritual mother, not physical. I’ve heard this thing from a member of the World Mission Society Church of God. What’s your opinion on this?” At my question through the Bible, he evaded making his commands on it, just saying, “The Bible is silent on that subject because God the Mother never exists at all.” I was so confused at his response. I just found him covered with confusion. I thought that he was in great confusion.

God the Father without God the Mother?

I liked the Lord’s Prayer because it was allowed from Christ Jesus who will save me.

I know that the Bible contains the wisdom of salvation(2 Ti. 3:15~16). We all have to know that there exist our God the Father in heaven for eternal salvation! This teaching clearly came from Christ Jesus, being in very nature God Almighty(2 Co. 4:4). Father is the family name as you know. ‘Father’ means that a man has his son or daughter. What is more, he has his wife who will give birth to his children.

In conclusion, when we call a man ‘father’, we are also saying that he has his wife. Then, Christ Jesus’ teaching that God the Father exists in heaven implies that there also exists God the Mother in heaven. Considering the existence of God the Mother, even the Genesis 1:26~27 also testifies.

While studying the Bible in the World Mission Society Church of God, I realized that God the Father and God the Mother have come in the flesh to save me who are wandering in the darkness of death. God the Mother truly came to us as the reality of the new covenant(Gal. 4:21~26). I give all thanks to Elohim God to lead me to the truths of life.

And even if our gospel is veiled, it is veiled to those who are perishing!—2 Co. 4:3

When all the Prophecies accelerate the day!
Are you Seeking Living Water from Them?

31 thoughts on “The New Covenant[God the Mother] in our minds!”