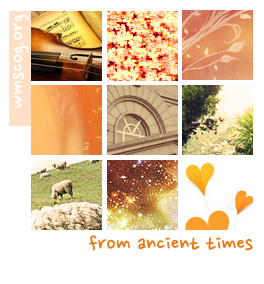 [CEV] Matt 7:21  Not everyone who calls me their Lord will get into the kingdom of heaven. Only the ones who obey my Father in heaven will get in.

If a Christian has never read or known the above verse, he/she might have been in the habit of dozing during a sermon or been forced to go to church by others such as families, friends, etc. and there is possibility that he/she is a just beginner, which is acceptable. No one would say, “I go to a cult church and I like a heresy.” Under the circumstance that most of saints from Catholic or Protestant churches detest and avoid a cult.

Why can’t people realize that they step off on the wrong foot when they ask about a denomination? What would Jesus answer If his disciples would ask, “Lord, which denomination do we belong to?” or “if we asked about our denomination, what would we answer?”

I’ve never heard that the apostle Paul and Peter had a certain denomination such as Methodist or Presbyterian which was just made by men. A denomination is nothing and cannot guarantee us salvation but God’s words and commandments can. If we keep God’s commandments of the New Covenant established by Jesus such as the Sabbath, the Passover, the Day of Atonement, our salvation will be guaranteed but if we just follow teachings of men such as Sunday worship, Christmas, Cross which are not based on the Bible alt all, salvation will be far off from us.

[CEV] 2 Pet 2:1~4  Sometimes false prophets spoke to the people of Israel. False teachers will also sneak in and speak harmful lies to you. But these teachers don’t really belong to the Master who paid a great price for them, and they will quickly destroy themselves. Many people will follow their evil ways and cause others to tell lies about the true way. They will be greedy and cheat you with smooth talk. But long ago God decided to punish them, and God doesn’t sleep.

We should not ask about a denomination of people from other churches but ask if they really following God’s words and commandments and especially if you meet members of World Mission Society Church of God which has no denomination and hear that the Second Coming Christ has already come and he is Christ Ahnsahnghong, challenge them with the Bible, not with a denomination.

The blessings given through the new covenant, the law of life
Saturday is the Lord’s Day. [WMSCOG]

12 thoughts on “The denomination of Church of God and Jesus”