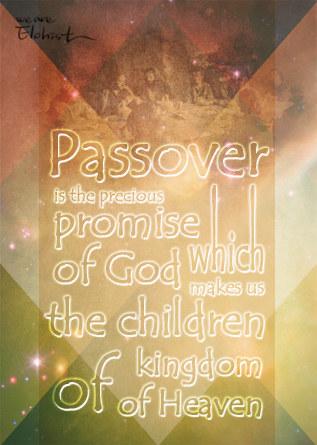 First, I have to admit Ahnsahnghong is totally and absolutely different from the mainstream of Christianity, but “different” naturally means wrong?

If you are a well educated person, you should know “different” does not mean “wrong”, but I feel sorry for people who don’t hesitate to call someone or a certain religion a cult just because it’s just different from their religion. I’m talking about some Christians.

World Mission Society Church of God is totally different from other Christianities which are called, the mainstream, but it only keeps God’s commandments, for instance Sabbath day, the Passover etc. rather than Sunday service, Christmas etc. which are not based on the Bible at all. All the teachings WMSCOG follows are definitely based on the Bible. IT IS A DEFINITELY FACT and TRUE!

As a christian who wants to get salvation, we have to keep in mind that salvation does not depend on how many people share the same beliefs and thoughts but whether we are following God’s true teachings only based on the Bible.

Some Christians don’t hesitate to call WMSCOG (World Mission Society Church of God) a cult just because it’s different from the mainstream. I want them to read the below article and break their wrong belief.

Was Jesus, who was different from the mainstream, of a cult?

The First, 2,000 years ago, was Jesus from the mainstream religion or not?

If their insistence were right, Jesus d all the saints of the early Church who followed Him would be a cult because He was from a non-mainstream religion.

The second, Do you know why Jesus was persecuted by the religious leaders and crucified?
It was because they regarded Jesus as the leader of a non-mainstream religion, a non-legitimate cult and a heresy.
Using their strong point of having many members, they persecuted the true Church, calling it a non-legitimate Church.

The third, In the time of the early Church, when a lawyer named Tertullus, who spoke for the high priests and elders, presented Paul’s case, he said, “We have found this man [Paul] to be a troublemaker, stirring up riots among the Jews all over the world. He is a ringleader of the Nazarene sect.”

Acts 24:5  We have found this man to be a troublemaker, stirring up riots among the Jews all over the world. He is a ringleader of the Nazarene sect.

Here, “the Nazarene sect” indicates Jesus. Those from the mainstream religion, who claimed to be legitimate, condemned Jesus, calling Him the Nazarene sect, and accused Paul of being His ringleader.

Legitimacy and Non-legitimacy according to the Bible

Today, there are people who keep the rules of men, which are not based on the Bible, such as Sunday service, Christmas, Thanksgiving Day, etc. No matter how many they are, they are a cult and non-legitimate, which cannot be recognized by God.

Mt 15:7~9  You hypocrites! Isaiah was right when he prophesied about you: “‘These people honor me with their lips, but their hearts are far from me. They worship me in vain; their teachings are but rules taught by men.”

Therefore, it is non-biblical and a lie to insist that the Church of God is a cult and non-legitimate because it is different from the mainstream Christianity.

A time, times and half a time!
Percebes[Spain]

11 thoughts on “Ahnsahnghong is a cult because he is totally different from the mainstream of Christianity.”